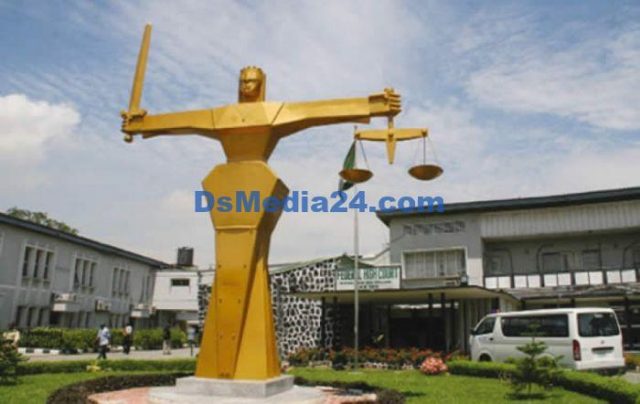 Yesterday’s meeting between Bola Tinubu, the presidential candidate of the All Progressives Congress (APC), the party’s governors, members of the party’s National Working Committee (NWC), and the disputed Presidential Campaign Council (PCC) ended in a stalemate, the second time in a week that this happened.

At the meeting, the ruling party’s National Chairman, Senator Abdulahi Adamu, didn’t show up to the hours-long discussions, which made people worry about the state of the party. At the meeting, no one could agree on a date for the campaign to start.

The meeting was a follow-up to the three-way committee meeting from last Wednesday, which was meant to bring the party’s presidential campaign council list into line.

But the PCC’s spokesperson, Mr. Festus Keyamo (SAN), said that the campaign couldn’t start right away because of President Muhammadu Buhari’s schedule. Buhari is the Chairman of the Campaign Council.

At the same time, Senator Oluremi Tinubu, who is married to the APC presidential candidate, called on women to help the party win the elections next year.

This is because Chief Femi Fani-Kayode, who is in charge of new media for the PCC, said yesterday that the opposition Peoples Democratic Party (PDP) has lost its five angry governors because it couldn’t control its own tendencies.

DSMEDIA24 remembers that when the 422-person campaign list was first released, it caused trouble within the party, with governors, party leaders, and other important people being unhappy with it.

In this situation, the activities of the ruling party’s campaign were put on hold for good so that everyone could work together and help.

The meeting took place at the Transcorp Hotel in Abuja. It started a few minutes after 11 a.m. and ended at 2:15 p.m. Tinubu, Simon Lalong, Governor of Plateau State and Campaign Director General, Femi Gbajabiamila, Speaker of the House of Representatives, and Senator Kashim Shettima, the party’s Vice-Presidential candidate, were all there.

READ ALSO:  After paying N15,000 as part of the bride's dowry, a man kills a rival over her

After the meeting, Mr. Festus Keyamo (SAN), a spokesperson for the PCC, told reporters that the schedule of President Muhammadu Buhari, who is the Chairman of the Campaign Council, is a big reason why the campaign has been slow to start.

He said that Buhari’s schedule needs to be taken into account before a date is set for the start of the campaign.

Keyamo said, “You know that our campaign is built around the Presidential diary. I’ve already said that our campaign won’t be like those that they can just kick off and get going. It is moving a 50-ton tanker on a highway, and once we get on the highway, it will be in motion and in motion.

Since Mr. President is the leader of the Campaign Council, we will take his schedule into account when deciding on a date. But almost everyone has agreed that we should leave soon. We have also decided where we will start, but I won’t say that right now. We also agree on all the important things. We just want to take the party leader, Mr. President, with us and hit the streets.”

He told the people, though, that all the parts of the party were united and working together toward the same goal. He also said that Tinubu had already given the party a draft of a manifesto.

Keyamo said, “What you’ve seen here is the meeting of different parts of the party. It was where the most important people in the party got together. The PCC, the NWC, and the progressive governors with the presidential candidate. We are a very united party, and all of its parts work together toward the same goal. During today’s meeting, all we did was look over the draft of our manifesto.

READ ALSO:  Angry youth leader tells Obi: "Pay the N10m you owe me so I can settle LP Website Debt."

“Our candidate is not the kind of person who works by himself. Everyone goes with him. He gave the draft of the manifesto to everyone who was interested in it. And guess what? Almost everyone who had a say gave that draft a grade of more than 90%.

When asked for details about the manifesto, Keyamo said, “We can’t tell you what’s in it because we won’t take it away from our candidate.” He is going to show himself to the people of Nigeria at a certain time and place. We’ve put together a small committee whose job it is to take the manifesto documents and boil them down to the most important points in a way that market women and street vendors can understand.

“We don’t want to give Nigerians a document that is so complicated that they can’t understand it in simple terms,” he said, adding that they had made sure to include all the interest groups in the campaign list and that there was almost no disagreement at the meeting.

Chief Femi Fani-Kayode, who is the Director of New Media for the PCC, also talked to a journalist after the meeting. He said that the PDP’s claim that the APC was trying to stop the use of the Bi-modal Voter Accreditation System (BVAS) in the 2023 elections was “nonsense.”

READ ALSO:  You Can't Make Me Talk to the Media—Tinubu Shoots Back at Atiku and Obi

“They are the ones who can’t get their party leaders to show up at their rallies for the inauguration of their president. We don’t have to worry about that. We’re getting things done slowly but surely. Everyone is coming together as one unit. I am very happy to be a part of this.”

Fani-Kayode said that the meeting ended any disagreements about the campaign list.

He said, “This meeting we just had has pretty much cleared up everything. That’s why the Publicity Secretary of the party is here, and that’s why all four of the PCC’s media directorates were there.” The governors and the PCC were all there.

“We all speak as one voice, and we all agree on everything. We’re working toward a goal, which is to launch as soon as possible. We’re not trying to make a big splash, and we’re not in a hurry about this.

Fani-Kayode said that the party in power has a strong team, candidates, governors, and party input. He also said that the PCC was getting stronger.

But the National Publicity Secretary of the party, Felix Morka, defended Adamu’s absence by saying that the chairman wasn’t missing because he was represented by his deputy.

Morka said that the issue of how the party will pay for its campaigns was still being talked about. He said, “Well, that’s something that’s still going on.” Funding for our campaign is very important because without it, you can’t do much. But we’ll talk about that when the time is right.”