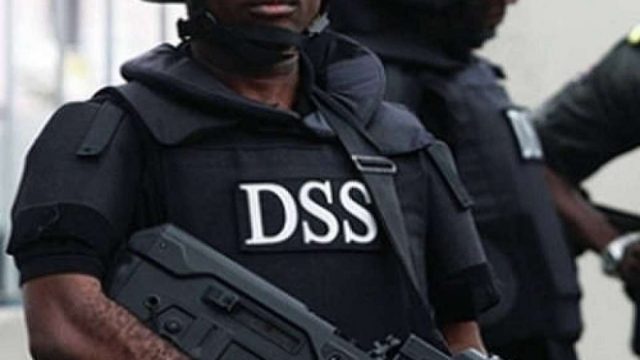 Through a joint operation, the Department of State Services, the National Intelligence Agency, the police, and other security agencies were able to break up a terror cell and catch 30 fighters and five leaders of the Islamic State West Africa Province.

The terror suspects were caught at their hiding places in Abuja, Mararaba, and other satellite towns in the Federal Capital Territory, according to The PUNCH. The suspects were being held at a DSS facility, it was found out.

The arrests were made as tensions rose in the nation’s capital, where the popular Jabi Lake Mall closed on Thursday, citing the security situation.

Also, the UK put out a new security alert telling its citizens not to travel to Abuja and 14 other states.

This made people even more worried, so many of them didn’t go to work and there was a lot less traffic than usual.

But more arrests were made on Thursday as part of the counter-intelligence operations that caught the suspected militants. It was said that US security and intelligence agencies supported it.

It was also found out that intelligence agencies had been looking for the insurgents before the US and British High Commissions sent out security alerts last Sunday warning their citizens about upcoming terrorist attacks.

The US Embassy in Abuja sent out a warning about “an increased risk of terror attacks” in the city, saying that government buildings, places of worship, and other public places could be attacked.

Security sources said that the ISWAP members moved to the FCT because the Nigerian Air Force bombed their camps and enclaves in the North-West very hard.

A source who did not want to be named said that the terror suspects were planning a big attack in Abuja before they were caught. This gave more information about the ongoing counter-intelligence operations.

The source said that the fighters who were being held were giving useful information that led to the arrest of some of their members who were hiding in the city as artists, cart pushers, and security guards.

A senior officer said, “There is a huge counter-intelligence operation going on in the FCT to stop, neutralize, and kill ISWAP terrorists.” Many commanders and foot soldiers have been caught, and they are helping us with our investigations right now. We have caught about five commanders and 30 fighters, but we expect to catch more suspects as we widen our net.

When one of our reporters called the DSS spokesperson, Peter Afunanya, he said he didn’t know that the terrorists had been caught because he hadn’t been told.

Major Jimmy Akpor, who is in charge of Defense Information, didn’t answer his phone when people called, and he hasn’t replied to a text message about the matter yet.

In a separate update on Wednesday, the Foreign, Commonwealth, and Development Office warned again that terrorist attacks in Abuja are becoming more likely.

Even though the Federal Government said that security agencies had the situation under control, the British Government told its citizens not to travel to the FCT and 14 other states in the country.