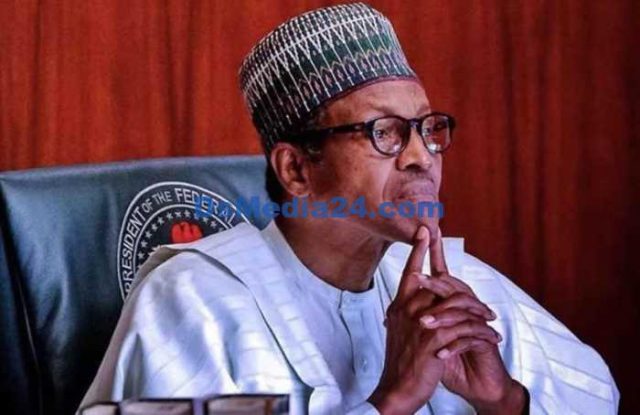 Members of the All Progressives Congress Women Presidential Campaign Team have been tasked by President Muhammadu Buhari with working hard to ensure the party’s victory in the general elections in 2023.

The president stated that the call had become essential because there was no other way to ensure that the APC would win the presidency in 2023. He made the statement at the launching of the APC Women team on Monday in Abuja.

The team was urged by Mr. Buhari, who was represented by his chief of staff, Ibrahim Gambari, to push the party to new heights by creating and putting into action a collective, inclusive party strategy for a successful election triumph.

The most important aspect of the 2023 campaign, according to him, will be the establishment of the APC women’s presidential campaign committee.

“In order to demonstrate your selfless dedication to the APC, I urge all members of this committee to accept this huge responsibility.

There is no other option to achieve triumph in the 2023 election, thus I firmly think that this committee will lead the APC to new heights by creating and implementing a communal inclusive party strategy.

The president wished the group a successful campaign season and praised all committee members as well as the party’s top brass on the commendable endeavor.

But he cautioned that the team should never lose sight of the reality that part of their task would be to canvass every ward in all 774 Local Government Areas of the Federation in support of the party.

“The committees have a very clear mission ahead of them, but time is not on your side. We must keep in mind that while this lunch is being hosted in Abuja, the real job is done elsewhere, outside of Abuja.

“The goal at hand is to convince fellow people to vote for our party’s nominee by outlining the vision and the agenda for the nation in over 1000 wards and 774 local governments around the country.

Therefore, he continued, “the campaign should resist the temptation to convert it into an Abuja activity.”

The Nigerian women were praised by the president for their dedication to the party and sacrifices they had made. He stated: “Women have remained the most devoted and helpful group in my goal for a better Nigeria throughout my political career and my time as president of the Federal Republic of Nigeria.”

The president further instructed the Minister of Women Affairs, Attorney-General, and Minister of Justice to collaborate closely with the First Lady’s office and the National Assembly to achieve the adoption of legislation intended to level the playing field for Nigerian women.

Aisha Buhari, the president’s wife, is in charge of leading the APC Women Presidential Campaign Team.