Burna Boy, a superstar in Nigeria, has given an explanation for why people frequently misinterpret him.

Burna Boy explained that he keeps being misunderstood by many people since he has chosen to withhold much of his personality from the public during an interview with the international media source Dazed while visiting the Caribbean island.

Because I have never really given people a chance to get to know who I am, which is something I wanted to accomplish, I tend to be misinterpreted.

Burna added that he attempted to use his most recent album, Love, Damini, as a way to let people get to know him better.

“I attempted to use this record to let folks in on who I am,” the artist said.

Burna spoke on the #EndSARS demonstration;

“My opinions [on SARS] don’t matter. I won’t be encouraging young people to take their own lives any more. Something will take place when it is ready to. Understanding leads to being prepared to take action. Before the company could recover the money, the man who was paid 330 times his monthly salary disappeared with it 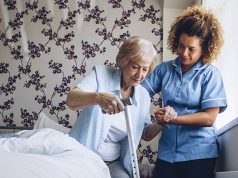 Urgent: Apply Now For Caregiver Job Opportunities In The USA For Foreigners With Visa Sponsorship