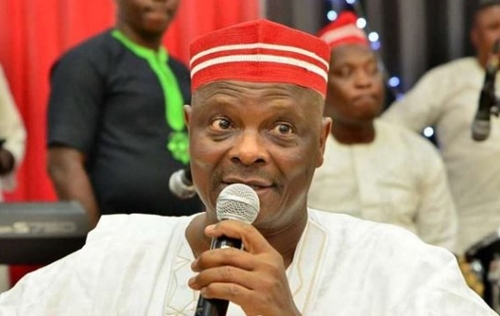 Former governor of Kano State, Rabiu Kwankwaso, has outlined his reasons for not being Peter Obi’s running mate in the upcoming presidential election.

When President Muhammadu Buhari’s second term ends in May 2023, both men are running to be the nation’s next leader.

The Labour Party will be represented in the election by Obi, while the New Nigeria People’s Party (NNPP) will run Kwankwaso for president.

The former Kano governor wants his Anambra counterpart to take the position of his running partner amid calls for the pair to create an alliance as an alternative for Nigerians to the two major political parties, the All Progressives Congress (APC) and the Peoples Democratic Party (PDP).

When asked who the voters in the North will support on Channels Television’s Sunday Politics, he responded, “The northerner voters have made up their minds on what to do; surely NNPP, nobody can change it.”

Kwankwaso revealed to a South Easterner the reasoning behind running for president as a candidate rather than a running mate, even though he admitted he wouldn’t mind the chance to become vice president given his current lack of employment.

“Unfortunately, the South East has many problems, and a northern voter is the worst-hit in this country’s issue of maladministration,” he said. But even under that situation, a northern voter thinks a united Nigeria is preferable for him.

People are uncomfortable with most of what is occurring in the South, particularly in the South East, thus it will be very challenging for northern voters to cast their ballots as long as someone from there is in any party, which is the current scenario.

A Chance For The South East?
However, the NNPP presidential candidate did not completely rule out the prospect of joining forces with his Labour counterpart, but only if the latter agreed to serve as his running mate.

He claims that his team is consulting with numerous people, organizations, and political parties in order to assume control of the government on all fronts.

In order to unite as a family and provide Nigerians with an alternative to the PDP and the APC, Kwankwaso emphasized that an alliance with Obi was extremely likely.

We have observed the current state of the nation’s economy, security, education system, and infrastructure, he stated. and the people of this country are yearning for a change. I believe that if we band together and present a genuine alternative for the people of this country, we will only be fair to ourselves. I’m happy to report that the NNPP is currently well-established throughout the nation despite only having existed for about four months.

The presidential contender said when asked which party would be chosen if an alliance were to develop, “My feeling is that there are so many modalities that can be worked out, it’s just a matter of having the correct calibre of individuals to sit down and look at the situation as it is.

The election of the president and vice president is currently the most important issue. I believe that now is the perfect time to tell people, especially those who are enthusiastically supporting the Labour Party candidate, that I believe the South East has a chance to be influential in the upcoming administration.

“They (the South East) are fully out of the PDP, and the same is true of the APC. The NNPP is currently the only opportunity. I think it’s in the best interests of the Labour Party, the NNPP, and even this nation.