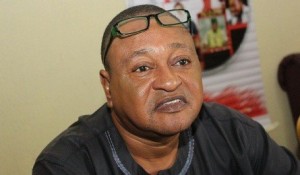 Veteran Nollywood actor Jide Kosoko has explained why he is backing All Progressives Congress (APC) Presidential Candidate Bola Tinubu in the face of online backlash.

Prince Kosoko stated in a post on his Instagram that he has seen Tinubu’s growth as a genuine leader over the years, as well as his support for mankind and the arts.

Given the number of people he has influenced politically, the actor claimed he is confident that Tinubu loves both the young and old, especially.

He pleaded with his supporters to allow Tinubu the chance to finish transferring the technological know-how on his divinely appointed mission.

“I stand with Tinubu,” he wrote. Over the years, I have seen his growth as a Genuine Leader and his support for both humanity and the creative sector in particular. Given the amount of people he has promoted politically, the majority of whom are currently performing well as leaders, I am confident he is a fan of both the old and the new, especially the youth.

Meaning that he places as much faith in young people as he does in the leaders of today. Please give him the chance to finish imparting the technical know-how on the task that God has chosen for him. Disregard the venomous remarks of rivals and enemies. We REALLY NEED him. Please do not elect another president who would be the finest. Larika, get up; Arika Baba Iregun.