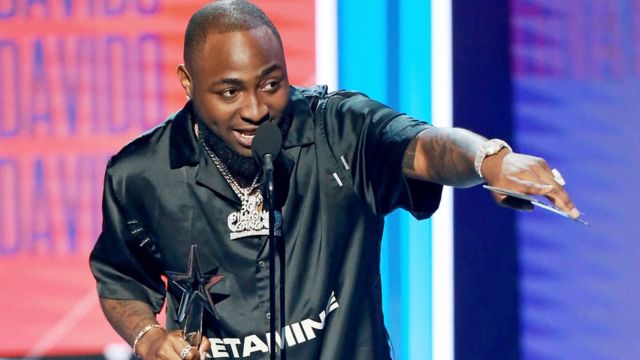 Popular Nigerian artist Davido has repeatedly shown that he is the most giving figure in the continent.

It cannot be denied that Davido is one of Nigeria’s most charitable superstars.

The musician has regularly shown his love for both humanity and his fans.

His most recent generosity made one of his female followers cry, and it impacted her life forever.

At the Infinity VIP event in Lagos on Monday night, Davido’s performance of his well-known song “Stand Strong” altered the direction of a woman’s life.

Davido surprised the woman by giving her his sneakers as a present.

She received an additional 2 million naira from Davido. The woman began crying because she was so happy.

This noble deed made him a lot of fans.

At the Infinix Concert, Wait For It, @davido shows a fan some love. Image source: pic.twitter.com/APMIuvYAaF

This is not the singer’s first charity act; in April 2020, he distributed more than 6,000 bags of rice throughout his native state of Osun and donated the earnings from his music video for the Dolce & Gabbana collection to pandemic relief efforts.

Additionally, Davido previously gave 250 million naira to Nigerian orphanages from the proceeds of his birthday party.

He has helped several singers become famous. He was also seen earlier in the year performing for free to kids gathered around a beach home while he and his entourage were there.

He truly is Africa’s most giving celebrity.

DO YOU AGREE That Davido Is The Most Generous Celebrity In Africa?
Let’s hear your opinions on this from everyone.