Anambra State Police Command has debunked the Facebook report that four Fulani men sneaked into Awada Grace of God Church on Sunday with intention to bomb the church.

The command in a statement on Tuesday by its spokesman, DSP Ikenga Tochukwu, said the Facebook report was by mischief makers with an intention to cause tension in the state and incite ethnic/religious hatred.

According to him, such mischievous publication was unfortunate and capable of misinforming and misleading the general public.

“The attention of the Anambra State Police Command has been drawn to a publication from a Facebook user, Chinasa Nworu, saying that four Fulani terrorists sneaked into Awada Grace of God Church on Sunday, 3/7/2022 in the evening to bomb the church.

“It is not only false but a complete mischievous scheme by mischief makers to cause tension in the State by inciting ethnic/religion hatred and conflict. The police command will never allow bad elements in any guise to distract the peace we enjoy in the state.

“The command wishes to state as follow: at about 3pm on same date, the command received a distress call, along Nepa road, Awada, that a male criminal, name and address unknown, was set ablaze. The operatives, on arrival at the scene made enquiries from eyewitnesses. We learnt the victim was a criminal caught in an attempt to rob an innocent citizen before he was lynched and set ablaze by an angry mob.”

The police spokesperson also said that from the geographical map of the area, there is no military barracks close to where the incident occurred.

“It was just a mischievous and sensational reaction by the Facebook user to achieve his selfish desire from the unfortunate incident. Recall the command has always condemned the act of mob action by some members of the public who resort to jungle justice whenever they arrest suspects in respect of any crime without recourse to the police for proper investigation,” he added.

However, he said that the Commissioner of Police, CP Echeng Echeng, had ordered that investigation be carried out on the Facebook user.

The CP also warned the originators and peddlers of falsehood to desist forthwith, noting that they would not be spared if apprehended. 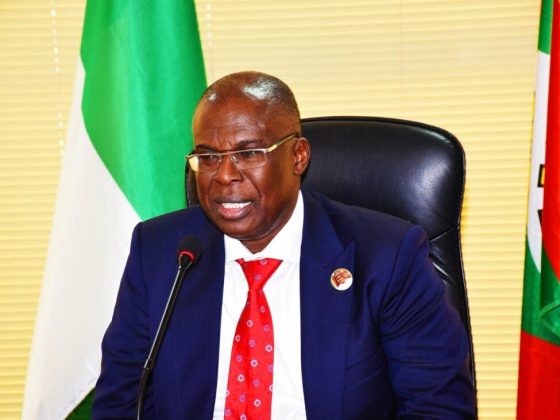