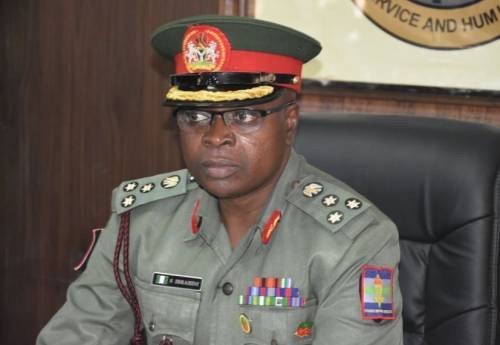 In a statement released on Sunday by its Director of Press and Public Relations, Mr. Eddy Megwa, the National Youth Service Corps (NYSC) condemned an alleged act of electoral misconduct involving a corps member, Orji Nkenna, and some staff members of the Independent National Electoral Commission (INEC) in Osun State.

According to the News Agency of Nigeria (NAN), the Osun Police Command detained Nkenna, an INEC supervisor, and another person on Saturday for being in charge of missing permanent voter cards (PVCs).

The accused and other others at large, according to the command’s spokesperson, SP Yemisi Opalola, allegedly interfered with the collection of PVCs at the local government collection office in the Atakumosa West Local Government Area.

Megwa remarked that it is regrettable that Nkenna, one of the accused, could lower himself to commit such a heinous murder.

“We have also taken note of the fact that the case is still being looked into, and if guilty, the law should be applied appropriately.

The NYSC “hereby dissociates itself from such unpatriotic act of the offenders as a respectable youth-molding organization,” he stated.

Megwa claimed that the participation of corps members in prior national elections was justified by their track record of flawless performance in a number of prior national assignments.

He continued by saying that the plan was proud of everyone who followed the regulations.

He added that NYSC and INEC officials always educated all corps members about their roles during elections, including the legal repercussions should they break electoral rules, starting with orientation camps.

As a result, any corps member who commits an electoral offense must face the full force of the law, as set forth in the electoral act.

“As it has been doing for almost 50 years, NYSC will continue to perform its role of fostering national cohesion and unity.

“With the general elections in 2023 quickly approaching, the NYSC will not give up on strengthening the long-standing cooperation with INEC, towards ensuring a free, fair, and credible election, to the satisfaction of all Nigerians and the world at large,” he said.