The Imo governor made multiple trips to Buhari in less than three years, according to the PDP spokesman, who also alleged that Uzodinma simply comes to Aso Rock for the purpose of taking pictures with the Nigerian president.

According to Mr. Opuruzor, who spoke through a statement forwarded to DSMEDIA24 on Thursday, between the time Uzodinma was brought to Imo state on January 15, 2020, and the present, the Imo governor has left and returned to the state 116 times, spending 8.3 million from the public coffers to hire a private jet for a single trip.

Additionally, he claimed that Imo state may have lost nearly N2 billion as a result of Governor Uzodinma’s 232 private jet trips to Abuja.

He emphasized that if such a huge sum could be used to pay for travel, it is easier to imagine how much the accidental ruler’s indulgent lifestyle in Abuja must cost.

The party chieftain stated that Uzodinma’s inclination for luxury and unrestrained hunger for a good life in distant Abuja “will never be justified for an entity like Imo where salaries and pensions have remained unpaid and where infrastructure decay has become a source of enormous pain.

Many people are perplexed by the fact that since Uzodinma started his arrogant picture shoots in Aso Rock, he has not been able to take credit for bringing any projects to Imo as a result of such conceited displays.

He avoids President Buhari “perhaps for amusement and/or possibly to rub it in the faces of his perceived enemies that he can have photoshoots with the President whenever he wants,”

Opuruzor went on to express his disappointment that,

“The hurt comes from the fact that Imo state is burning to ashes while Uzodinma lounges around in Abuja.

While the people of Imo are under siege and being murdered in large numbers, history will note Uzodinma’s indulgences in fun in Abuja, much like Emperor Nero who played the harp while Rome burned.

“Today, terrorists, bandits, and fundamentalists are enlarging their control over Imo, killing countless innocent people, kidnapping countless more, and torturing and killing their captives, including women and children, in the most horrible ways possible.

“Since the killings in Imo began, Uzodinma has neither proposed a remedy for the uncomfortable situation nor even provided a convincing explanation on the causes. Instead, he has placed all of the blame—including his own—on others.

He would have recognized that his first duty should be to ensure the safety of people and their property if he had been lawfully elected. But he was not, regrettably.

“President Buhari and his handlers in Aso Rock need to break the bad news to Uzodinma.

“Go, deal with the issues in your state. A photo studio is not what Aso Rock is. 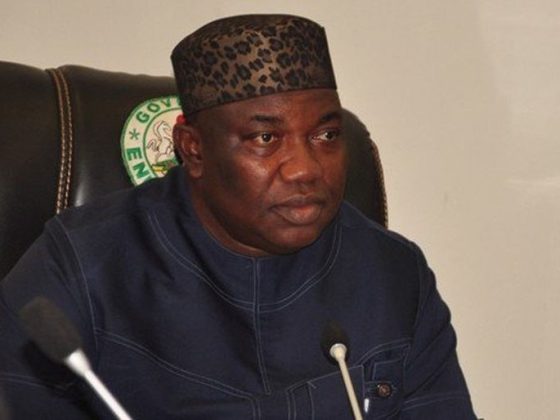 In a swimming accident, a Nigerian student who had fled the Ukraine for Germany dies