The G-40 Patriotic Youth Alliance has observed with dismay that since Nigeria gained independence from its colonial masters, there is a gradual decline of the country to the lowest ebb in all spheres of life.

Its National Coordinator, Isah Abubakar, noted in a statement that, “Our roads are no longer accessible, rural dwellers can no longer access their farms due to the activities of criminals who are reigning supreme in our forests that ought to be a blessing.”

He further lamented, “Our younger ones in public universities and colleges of education are home due to strike by respective unions of the various institutions, all as a result of poor funding by the central government. We are currently ranked as the poorest nation in the world despite the abundant blessings of both natural and human resources.”

He stated that the birth of the G-40 patriotic youth alliance was as a result of the deterioration of the social system in the country.

He assured that the group iwa determined at changing what he called “exhaustive negative indices” through active participation in all political, apolitical and humanitarian activities to ensure that the country and the people regained their rightful place among the committee of nations.

The National Coordinator believed that the group would encounter violent resistance by people who were benefitting from the status quo that had impoverished Nigerians, stressing that they were focused to normalise so many things in the country.

He assured, “I want to assure Nigerian Youths that if paying the supreme is what is required to set our country free from the agents of retrogression, as your leader in this noble mission, I shall first submit myself to it before you do so. We all must be prepared to chase these elements out of our national life so as to bequeath a prosperous nation to generations yet unborn.”

SEE ALSO:  There are 56 people who are eating Nigeria like termites," Al Mustapha claims

He hailed the National Assembly on the latest Electoral Act amendment, saying that politicians have resorted to vote buying as the recently concluded Ekiti State gubernatorial election did not record ballot box snatching and needless intimidation.

He stressed, “The implication of this is that power has been returned to the thumb of Nigerians with Permanent Voters’ Cards. I, therefore, wish to call on those without the card who are up to the legally recognized voting age to visit the nearest INEC offices to their houses to get registered, to effectively vote in the 2023 general elections.” 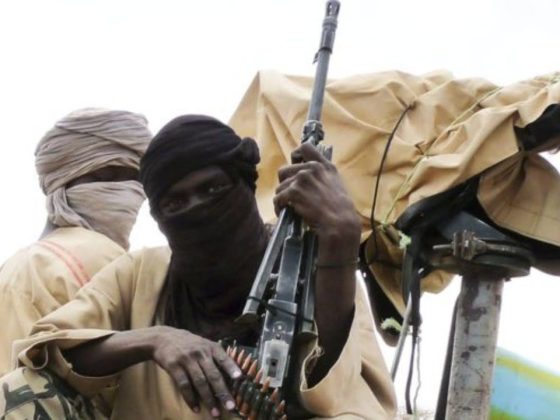