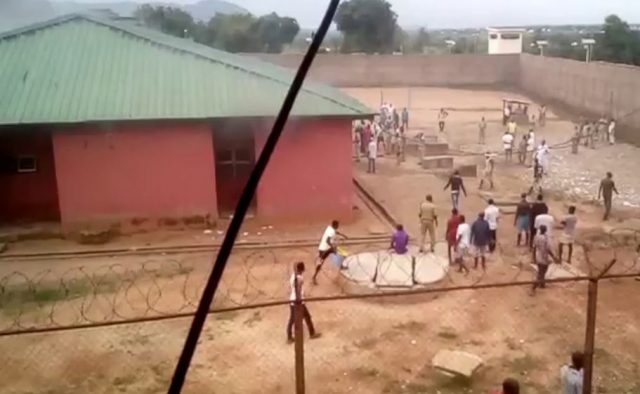 According to reports, the majority of the 700 prisoners housed at the Kuje detention facility in Abuja, the Federal Capital Territory, have fled.

We have learned that other detainees have been evacuated from the jail, including suspended deputy police commissioner Abba Kyari, who was remanded to the prison by a Federal High Court, according to a Sahara newspaper.

Kyari is on trial for allegedly distributing cocaine along with the Inspector-General of Police Intelligence Response Unit (IRT), four former members of his police unit, and two other people who were detained at the Akanu Ibiam International Airport in Enugu, Enugu State, in January of this year.

On Tuesday night, gunmen thought to be terrorists attacked the jail facility in the capital city of Nigeria, and the institution was destroyed by the overwhelming firepower provided by the attackers.

According to numerous sources, the shooters entered the building at 10 pm.

At the time this story was written, information regarding the attack’s casualties was still hazy, however one of SaharaReporters’ inside sources said that many prisoners managed to escape.

One of SaharaReporters’ inside sources claimed, “The area was entirely wrecked and all the detainees have left the facility for the time being, including Abba Kyari.”

“It’s regrettable that the majority of the prisoners have fled from the prison. It holds over 700 prisoners, according to a different source.

One of our informants had earlier said, “Can you hear the gunshot, we are under significant attack,” as the attack was taking place.

Established in 1989, the Kuje jail houses detainees in minimal and maximum holding cells.

Former governors and ministers are among the high-profile offenders it is renowned for keeping.