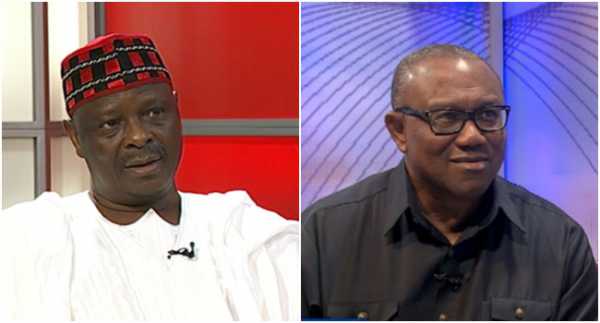 Peter Obi of the LP, according to the presidential candidate of the New Nigeria People’s Party (NNPP), Rabiu Kwankwaso, is being given “a golden opportunity” to be his running mate.

On Saturday, Kwankwaso opened the NNPP’s state headquarters in Gombe state and then participated in a news conference with reporters.

If he were selected as Obi’s running mate, the presidential candidate projected that the NNPP would implode.

He claims that the Southeast will miss out on a huge chance if the LP candidate is not his running mate in 2023.

He was quoted by Premium Times as saying, “From the conversation with the Labour Party, the key issue was who becomes the president if the parties join.”

The candidate for the NNPP stated, “At the end of the day, some of our representatives considered that there should be a criteria in terms of age, qualification, offices held, performance, and so forth.

The other side wouldn’t want it, of course. The majority of locals think that place is where the president must move. The NNPP will disintegrate if I chose to run as a vice presidential candidate for any candidate in this nation because the party is founded on the foundation we have created over the past 30 years.

“I worked for the government for 17 years; the NNPP is now barely held together by 47 years of really serious hard effort.

“Even if my friend Peter Obi wants to accept the vice presidential candidate, certain people in the south-east won’t, and that is not strategic,” he said.

“If they miss this excellent opportunity, it will be a catastrophe,” one person said.