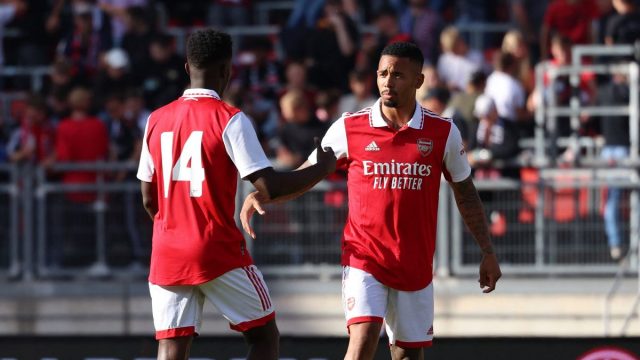 New Arsenal striker, Gabriel Jesus, has said he already feels at home at the club.

The Brazilian scored a brace in his first Gunners match, as they defeated Nurnberg 5-3 in a pre-season friendly on Friday.

Jesus came off the bench in the second half with Mikel Arteta’s men two goals down.

Within 60 seconds, he pulled one back and eventually found a second goal.

His presence also forced the hosts’ defence into two own goals, which eventually helped the visitors claim a 5-3 victory.

“I’m so, so proud. I’m proud to be here at this big club,” Jesus said after the game.

“I’ve completed four or five days together with the lads, and I just want to say thank you to everyone at Arsenal because they make me feel at home. Everyone is talking, coming to me and saying ‘good luck, we are happy to have you here’, and I’m happy to be here as well. That makes me feel at home.”