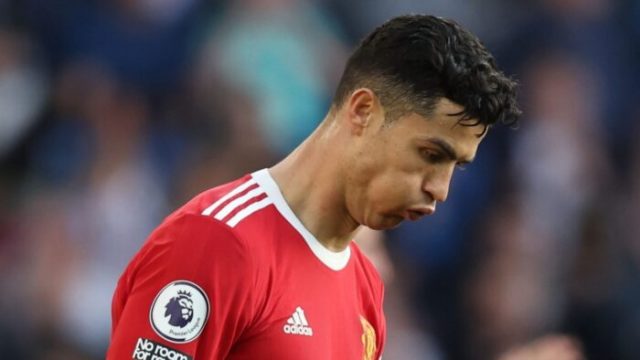 According to Joan Laporta, president of Barcelona, Jorge Mendes was not the main topic of conversation during their meeting.

He claims that he spoke with Mendes and the super agent about the transfer market in general.

Ronaldo informed Manchester United last weekend that he wants to leave Old Trafford. The Portuguese is reportedly upset with the club’s lack of transfer activity.

Another reason driving his hunt for a new club is his ambition to compete in the Champions League the following year.

However, with teams like Chelsea reportedly interested in signing him, it is still unclear where the football legend will play next season.

Mendes, one of the most powerful agents in football’s history, will be tasked with finding the Portuguese star a new team.

According to Marca, Laporta disclosed his meeting with Mendes at a press conference at Camp Nou but remained mum about Ronaldo’s probable transfer.

He remarked, “I had dinner with Jorge Mendes on Monday and we discussed the market generally.

“Cristiano? I won’t share the players we discussed during the meeting, but it’s always useful to be aware of how some names are priced.