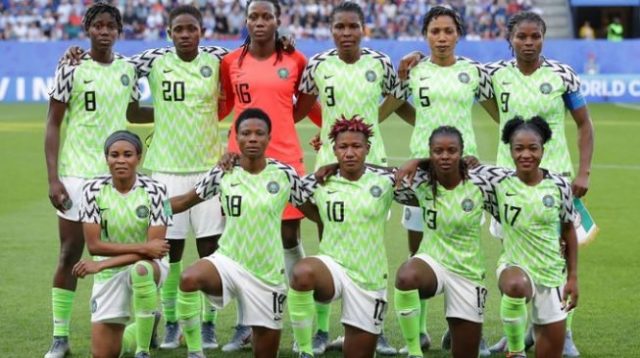 The Super Falcons’ captain, Onome Ebi, asserts that his team is prepared to take against Botswana after putting the disappointment of their defeat by South Africa behind them.

The West Africans’ title defense got off to a bad start on Monday night when they were defeated 2-1 by South African team Banyana Banyana.

At the Prince Moulay Al-Hassan Stadium in Rabat on Thursday against Group C leaders Botswana, Randy Waldrum’s team will have a chance to repair their reputation (night).

And the seasoned defender is unwavering in his belief that the Super Falcons can begin their season with a victory over the rookies.

The 39-year-old said to thenff.com, “We feel horrible about losing the first game, and against South Africa for that matter, but we have been able to put that behind us.

“We decided right away after the game that we would do all in our power to win the remaining games.

“More words are not necessary. To regain our confidence, we only need to defeat Botswana. From there, we can move forward, she added.