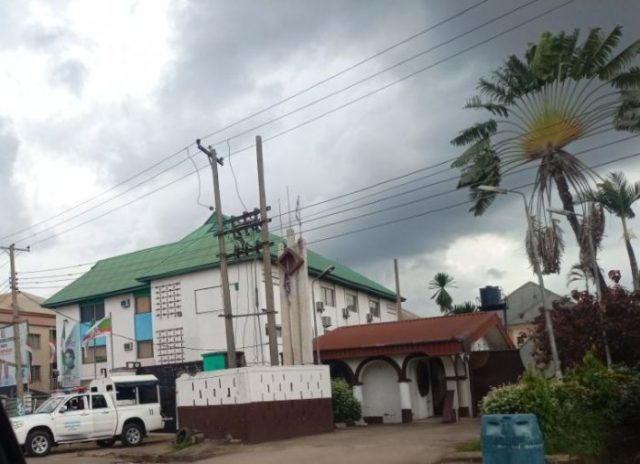 Armed police officers took control of the All Progressives Congress, APC, Secretariat entrance gate on Friday in Owerri, the capital of Imo State.

According to information obtained by dsmedia24, the police officers who barred access to and exit from the secretariat were praised by DSS officers who are on the scene to prevent a potential collapse in law and order.

Cajethan Duke, the Imo State APC’s publicity secretary, commented on the development and said that it was the state government’s fault.

He said that the police had been invited in order to prevent a potential collapse of law and order.

The police officers were invited to the Imo APC Secretariat. We only found out yesterday that someone was organizing goons to assault our facility, so we need to be proactive and defend it.

“The former governor Rochas Okorocha and Dan Nwafor are merely attempting to draw attention to themselves and cause confusion where none exists. That Supreme Court case cannot be raised by a million Okorochas. Because the Supreme Court’s ruling was unambiguous and unequivocal, it can only be God.

“The paper reinstating Nwafor was fake and shouldn’t be brought to the attention of any thoughtful individual, let alone the Inspector General of Police or any media organization.

“The aforementioned letter is an exaggerated instance of forgery orchestrated by an uneducated desperado, in addition to being phony and misleading.

It is crucial to note that Dan Nwafor and his fellow travelers receive no acknowledgment or validity from the majority ruling issued by the Supreme Court on Friday, May 27, 2022, in the case between the APC and Evans Enwerem and two other parties (SC/CV/884/2020). The verdict is still unmistakable and obvious.