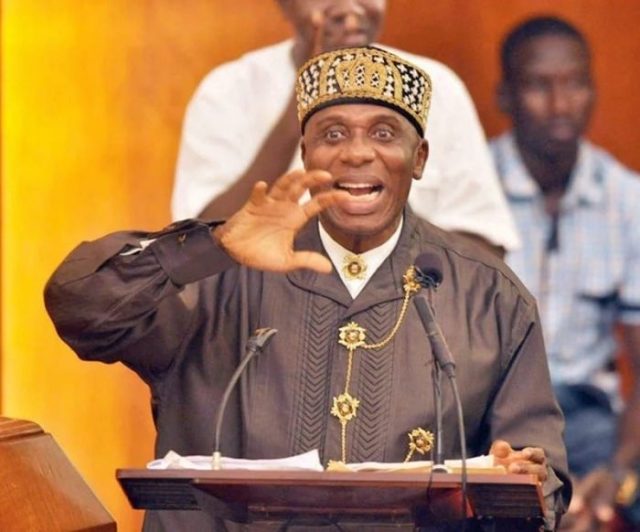 Former transportation minister and leader of the All Progressives Congress in Rivers State Chibuike Amaechi has lost some of his most devoted supporters in the last week.

The last of his supporters to leave was Ibim Semenitari, his former commissioner for information and communications.

In addition to Robinson Elechi, Dawari George, Marvin Yobana, Nkemka Amadi, and others filed letters of resignation to the chairmen of their respective wards. At a previous World Youth Assembly, Yobana represented Africa.

However, they have all expressed gratitude to the APC for providing them with opportunity to serve in various positions without commenting on the next decision of a political party to join.

In her letter of resignation, Semenitari, the former acting managing director of the Niger Delta Development Commission (NDDC), stated: “I write to renounce my membership in the APC effective immediately.

Even as I wish the party well, I am grateful for the friendship, camaraderie, and opportunity this platform has given me to serve my state, region, and nation.

In a similar vein, George, a steadfast supporter of the former minister and a former commissioner for youths in Amaechi’s government, praised the party for the assistance it provided him.

Additionally, he formerly served as the party’s reconciliation committee’s chairman in Rivers State.

But he didn’t explain why he made that choice. The Asari Tori Local Government Area’s APC ward one chairman was the recipient of the letter.

In contrast, Yobana listed specific party acts that ran counter to his personal interests and political ideology as justification for leaving the party in his resignation letter.

After Amaechi’s recent return from Abuja, where he finished second in the party’s most recent presidential primary, these APC leaders and his allies left.