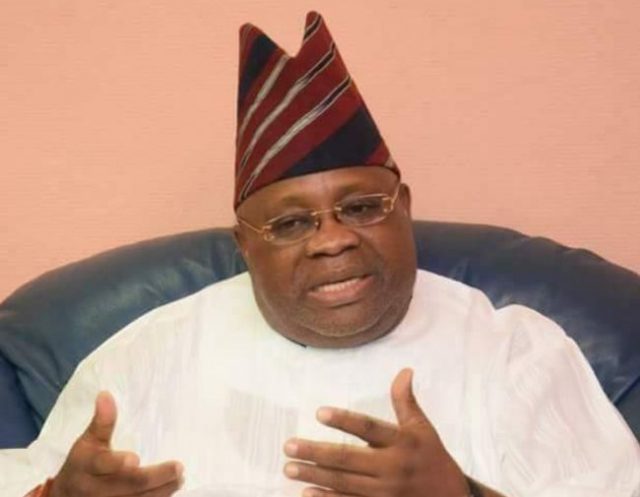 Senator Ademola Adeleke, a candidate for governor for the Peoples Democratic Party (PDP), has acknowledged that he returned to school after concerns about his education were brought up.

Political opponents of Adeleke frequently cite his academic accomplishments, particularly his Senior Secondary School Certificate, as evidence that he did not complete his secondary education.

Remember how Ajibola Basiru, the senator representing Osun Central Senatorial District, claimed in a recent interview that Adeleke allegedly purposefully left the section of the form CF01 he was required to fill out with the specifics of his secondary school graduation blank?

The Senate spokesman, Basiru, claimed to have copies of the forms from 2018 to the current one. He claimed that while Adeleke initially stated in the 2018 form that he had a secondary school diploma, he purposefully left that information out of the current form.

On the other hand, Adeleke stated, “As soon as I become Governor of Osun State, I’ll declare a state of emergency on education,” while speaking during the governorship debate organized by Channels Television on Sunday.

“You realize why? because I returned to school during a time when questions surrounded my educational background.

“I returned to school to serve as an example for children and even adults, demonstrating that it is never too late to pursue a higher education.

“I bravely returned there and studied with students who ought to be my grandchildren. I give God praise for my increased education and readiness to manage Osun State today.