The Kuje Correctional Facility was heavily attacked Tuesday night, which allowed some prisoners to escape.

The facility has taken over as the “VIP prison” for well-known Nigerians, replacing Kirikiri Maximum Security Correctional Facility. There are now several former MPs, governors, and terrorists living there.

As may be noted, the court denied Nnamdi Kanu’s request to be transferred to Kuje Prison while he is being held by the DSS. Nnamdi Kanu is the leader of the Indigenous People of Biafra.

Despite the correctional facility’s status, concerns have been raised in light of how easily terrorists were able to attack the facility and release several terrorists along with other detainees.

While terrorists conducted hours-long operations at the plant, Gwagwalada, which is only 15 minutes away, has a sizable military formation and numerous military checkpoints. Furthermore, the distance between the prison and significant cantonments like Mogadishu, Niger, and Lungi is less than 45 minutes.

Following the incident, Nigerians have conjectured on social media that disgraced “supercop” Abba Kyari and other convicted politicians would have taken advantage of the situation to avoid jail time.

Listed below are some well-known Nigerians who are inmates in Kuje Correctional Facility:

A. B. Kyari
The disgraced former leader of the Intelligence Response Team is presently awaiting trial on charges of trafficking in illegal drugs and tampering with evidence at the Kuje detention facility.

Kyari was charged with eight counts by the National Drug Law Enforcement Agency, and he was disciplined in Kuje along with a few other police officers.

Given that he had received a state pardon, Joshua Dariye, the former governor of Plateau State, would not have taken the chance of escaping from prison. Dariye and 158 other people received pardons from the National Council of States Dariye, although the former governor has not yet been released.

The former governor, who served as governor from 1999 to 2007, was found guilty of stealing N2 billion from Plateau State. The Federal Capital Territory’s High Court sentenced him to 14 years in jail. The Supreme Court did, however, commute the sentence to 10 years.

Jolly Nyame, Rev.
Similar to Dariye, Mr. Nyame benefited from President Buhari’s contentious pardon. Justice Bukola Banjoko found the former governor of Taraba State, who presided over the state from 1999 to 2007, guilty in 2018, and the Supreme Court upheld the conviction and sentence in 2020.

Maina, Abdulrasheed
Mr. Maina once served as the head of President Goodluck Jonathan’s prestigious Pension Reform Task Force. He was chosen to clean the system in 2010.

A Senate committee charged him with embezzling N100 billion in 2012. He went into hiding and was fired from his job.

SEE ALSO:  How to Keep Nigeria from Having Another Civil War – President Buhari Tells Us

After his game of cat and mouse with the Economic and Financial Crimes Commission up until his arrest with his 20-year-old son, Faisal, Mr. Maina became a celebrity.

He reappeared after Buhari became president. Recall that after being secretly promoted and reinstated in the civil service, the government sacked him in response to the outcry.

A blatant example of grace to grass is Farouq Lawan Lawan. In the Jonathan administration, the former Kano legislator was tasked with looking into fuel subsidies. He was forced to resign after a DSS trap revealed that he had been abusing the committee to enrich oil marketers.

Lawan, who was one of the caucus leaders that ousted Patricia Etteh as Speaker of the House, was exposed by Femi Otedola’s $600,000 campaign.

Lawan is currently imprisoned in Kuje after receiving a 7-year sentence from a judge.

Nwachukwu, Peter
The popular gospel musician Osinachi’s husband is incarcerated at the Kuje Correctional Facility as part of an ongoing homicide investigation.

The Federal Capital Territory High Court ordered Mr. Nwachukwu to remain in custody while the matter is pending last month. 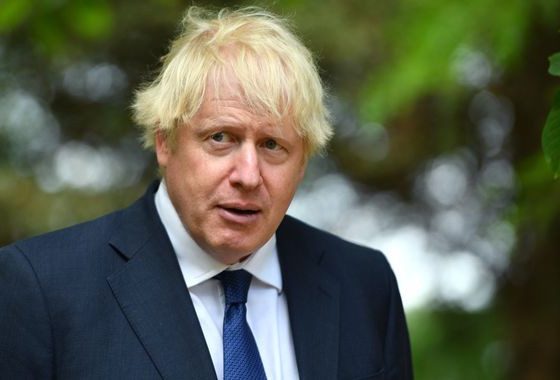