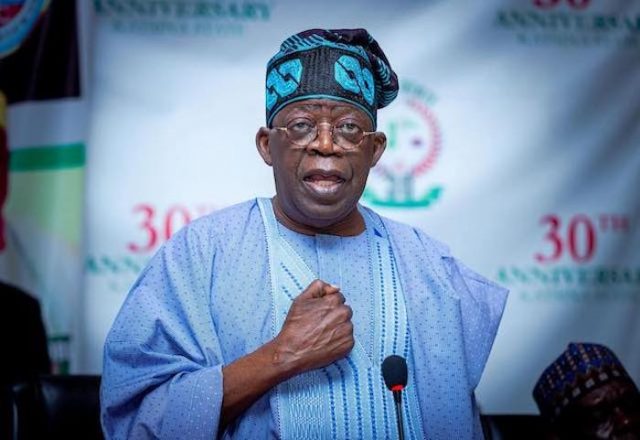 Asiwaju Bola Ahmed Tinubu, the presidential candidate of the ruling All Progressive Congress (APC), has denied rumors that he plans to choose a fellow Muslim as his running mate.

He said this to journalists at the APC rally in Ekiti yesterday, which was held in advance of the upcoming governor’s race in the state.

He denied the rumors, though, and said that the people spreading them were undemocratic people who were already worried about his likely victory in the next presidential election. When asked by a journalist about who he would choose as Vice President, Tinubu said that the position should go to the Northeastern region and especially to Christians, even though talks are still going on about who will be chosen.

Asiwaju Bola Ahmed Tinubu told the people of Nigeria that no group, institution, or individual can force him to choose a Vice President. He said that he would choose a vice president on his own and in the best interests of Nigerians. Even though Tinubu had rejected the idea of a Muslim ticket before he was elected as the state’s candidate, in response to a fake text message that went viral and said he was interested in a Muslim VP.

A member of Tinubu’s campaign organization, Comrade Bolaji Tosin, also told journalists at the rally in Ekiti state that unity, peace, and objectivity are the top priorities of Tinubu’s government.

He said again that his Principal would not let anyone be left out or do other bad things like that while he was in charge. In the end, he said that Aswáj is destined to win and has all the skills he needs to handle all the problems facing his presidential pair.