I’m not cut out to be a surgeon, teacher, airline pilot, hedge fund manager, spy, or any other of the numerous stressful jobs.

However! Even though I personally cannot imagine myself managing the demanding tasks of an espionage operative, I can nevertheless appreciate a good spy thriller.

I’ve got some suggestions if you’re searching for an action film for your upcoming movie night that might inspire you to apply for a position with the CIA yourself… or not.

The best spy films have all the suspense of covert operations without any of the danger.

Here are five espionage films you should watch:

The movie portrays the tale of a gang of dishonest National Security Agency (NSA) agents planning to murder a congressman and the subsequent cover-up after a tape of the murder gets up in the hands of an unwitting lawyer.

In the 1960s, the Secret Intelligence Service hired a British businessman named Greville Wynne to act as a communication conduit with a Russian intelligence source named Oleg Penkovsky (played by actor Merab Ninidze).

The movie stars Benedict Cumberbatch as Greville Wynne and is based on that real-life incident.

After a mission gone bad, Ethan Hunt and his IMF team race against time alongside some well-known allies. 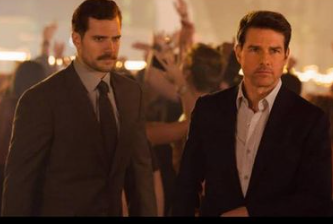 In it, Matt Damon plays Jason Bourne, a guy with psychogenic amnesia who is trying to figure out who he is amid a covert CIA conspiracy.

In 1990, Anna, a young Russian beauty who had experienced domestic violence, would do anything to get out of the situation she was in.

Unexpectedly, she hesitantly accepts a proposition from KGB agent Alex.

Now let’s hear from everyone.