Femi Soyinka, a well-known researcher and former Provost of the College of Health Sciences at Obafemi Awolowo University, Ile-Ife, has died.
A statement from Mr. Soyinka’s family says that he died early Tuesday morning at his home in Kukumada Village, Ibadan, Oyo State.

He was 85. Wole Soyinka, who won the Nobel Prize and is a professor of comparative literature, was Mr. Soyinka’s younger brother.

Here is what the family said:

1937: Born Professor Femi Soyinka got his Medical degree in Medicine and Surgery (MBchB) from the University of Heidelberg in 1964. In 1965, he got his Doctor of Medicine (MD) from the same school. At the University of Giessen in 1969, he trained and worked as a Dermatologist, Venereologist, and Allergologist.

He got a Master of Public Health from Hadassah Medical School in Israel in 1972.

He worked in education for 30 years, holding different jobs like Chief Medical Director, Dean of the Faculty of Health Sciences, and Provost of the College of Health Sciences at Obafemi Awolowo University in Ile-Ife, Nigeria. He also did a lot of research on Tropical Skin Diseases and Sexually Transmitted Infections (STIs) with the help of the Federal government, international donor agencies and organizations like the World Bank, UNDP, DFID, the British Council, and the International Development Research Centre in Canada. 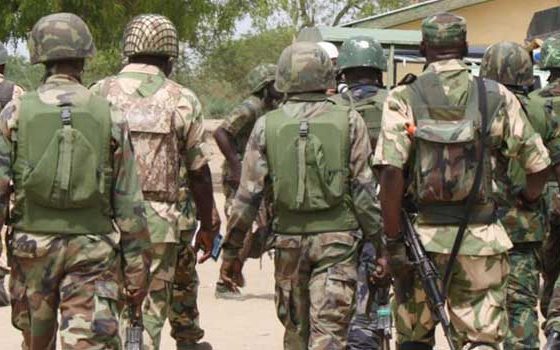 Soldiers in Borno find a schoolgirl who was taken from Chibok