In today’s Reno’s Nuggets, the social media commentator shared a piece about friendships that made people think.

Reno Omokri said on his Twitter page that someone doesn’t have friends if they don’t have anyone they can call when they’re in a financial jam.

He said that everyone needs a friend they can count on to help them out when they can’t pay their bills.

You don’t have friends if you don’t have anyone you can call when you need money and be sure they will help you. You have friends, associates, and cronies. But no friends. You need a friend who will spend money to save your life, like the Good Samaritan.”

Reno said on Twitter on May 30 that Catholics rarely commit suicide because they can easily talk to their Priests about their problems.

He said that if you want advice or help from a Catholic priest, you can go to any Catholic Parish and get it, even if you don’t know the priest.

“One reason suicide is VERY RARE in the Catholic Church is that as a Catholic, you can walk into ANY Catholic parish and talk to ANY Catholic priest and get help right away. If all Christian churches were like that, there would be a lot less depression and suicide. 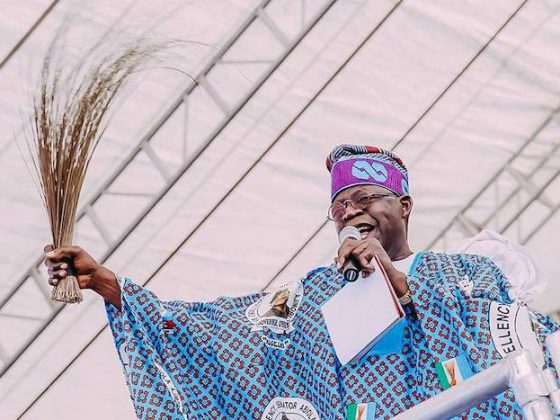 Is This Too Sure of Itself? Tinubu says that no one can beat the APC

If he can get 1000 retweets, a tweep named @naughti_awol has promised to travel to Kano from Lagos to get Kwankwaso to deputise Kwankwaso on an Obi/Kwankwaso ticket