Professor Wole Soyinka, the Nobel Laureate, denied on Friday that he offered tribute to the All Progressives Congress (APC) presidential candidate Bola Tinubu.

Soyinka revealed this in a statement made by his spokesman, Abiola Owoaje, captioned, “I did not pay tribute to Tinubu – Soyinka.”

Soyinka, on the other hand, has come out to call the viral post the product of indolent identity thieves who are just interested in deceiving the people in order to obtain notoriety.

The wise man insisted that he did not run or own any social media accounts.

“The literary genius repeated his position on the 2023 elections and the issues surrounding them, adding that he has no business participating in the country’s political parties’ quest for power,” the statement read.

“Soyinka urges the general public to be aware of the antics of nameless cowards promoting misinformation, and to refrain from participating in the authors’ disgusting behavior by spreading the cocktail of lies.”

- ADVERTISEMENT -
SEE ALSO:  President Buhari tells the Prime Minister of the United Kingdom what he thinks about running for a third term
Total
0
Shares
Share 0
Tweet 0
Pin it 0

Buhari’s Real Reason for Not Imposing Any APC Presidential Ticket 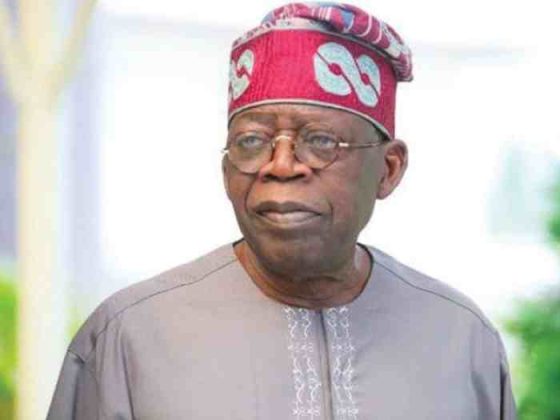