The Labour Party (LP) has reacted to claims that some thugs said to be loyalists of the All Progressives Congress (APC) in Lagos State were attacking South Easterners in their attempt to register for their Permanent Voter Cards (PVC).

dsmedia24 learnt that Igbo indigenes in Lagos have mobilized themselves to obtain their PVC to vote in the 2023 general elections.

There were viral videos on social media claiming that Igbos at the popular Alaba International Market, Ojo, were attacked by hoodlums while the PVC machine was carted away when they wanted to register at the local government office.

It was alleged that some hoodlums invaded the registration centres at Ojo, Amuwo-Odofin, Ago Palace Way, and some parts of Isolo.

It was also alleged that registrants at the Ikotun-Egbe, Ejigbo and Idimu axis were given pieces of paper instead of their PVCs because they are Igbos.

In a statement on Saturday by the Labour Party National Publicity Secretary, Abayomi Arabambi, the party said its attention was drawn to what it called the “coordinated attack launched by miscreants and misfit political thugs loyal the APC led administration of Mr Babajide Sanwo-Olu on Nigerian Citizens from South-Eastern Nigeria in various parts of Lagos State.”

According to the statement made available to dsmedia24, the LP described as quite alarming and highly frightful that in today’s Nigeria, “the Lagos State APC Government could officially promote and sponsor open terrorism on the Igbos to stop them from registering for and obtaining voter cards across many points in the State.”

Arabambi regretted that “the Igbos are attacked and brutalized at the registration centres very heavily.”

The statement read: “Most Igbos in the neighbourhood of over 66% have up to now been unable to register and or obtain their PVC officially which is scheduled to end very soon. These are people who do pay taxes and do contribute largely to the economy of Lagos State.

The question is: why do the Igbos suddenly become targets for crude electoral terrorism in Lagos where they are landlords, business owners and very highly productive workers?

“The Labour Party unequivocally here urge the president to without delay declare a state of emergency in Lagos State over this ongoing official electoral terrorism, treason, arson and political banditry because a stitch in time, they say, saves nine. 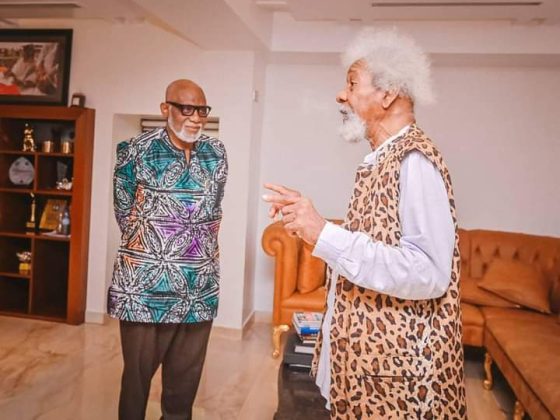