To defend former Deputy Senate President Ike Ekweremadu and his wife Beatrice, the Federal Government has hired some attorneys.

After a chamber meeting on Wednesday that was held behind closed doors, Senate President Ahmad Lawan made this announcement. He also said that a delegation from the chamber would travel to London on July 1 to visit the Ekweremadus.

They were detained last week and charged with organ harvesting at Uxbridge Magistrates Court in London.

The former deputy senate president and his wife were ordered to remain in detention until the next adjournment date of July 7, 2022, said the court.

Lawan stated that the trip would be made by the Senate Foreign Relations Committee, which is headed by Senator Adamu Bulkachuwa.

He stated that the Nigerian High Commission in London and the Ministry of Foreign Affairs would be consulted on the topic by the Senate.

“I had a one-on-one meeting with our Nigerian High Commissioner to the United Kingdom, Alhaji Isola Sarafa, who has done a fantastic job of connecting with our colleague and arranging for his team to attend the court hearing where Ekweremadu was brought.

The high commission has also been able to offer some consular assistance, such as hiring some attorneys to represent our colleague.

“We applaud them for focusing on the relevant subject. The Nigerian Minister of Foreign Affairs has also been contacted so that our colleague might receive diplomatic help from the Ministry of Foreign Affairs.

“Since this matter is currently in court, we don’t have much opportunity to talk about anything more than what we’ve already done. But I want to reassure Nigerians and the family of our colleague, Senator Ike Ekweremadu, that the Senate would continue to communicate with both our high commission in London and our minister of foreign affairs, the Senate President stated. 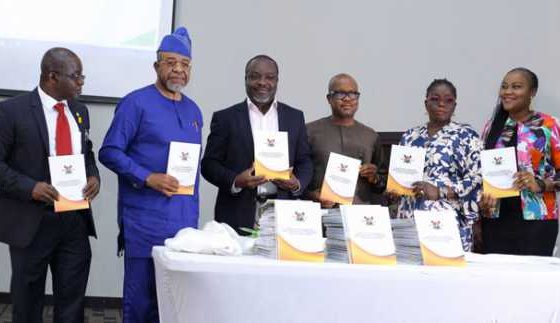