Bishop Calistus Onaga, who is the Catholic Bishop of Enugu Diocese, has told Catholics in the state that they can’t go to the Adoration Ministry of Rev. Fr. Ejike Mbaka.

The Diocese made the decision because the priest recently said bad things about Peter Obi, a presidential candidate for the Labor Party. During his mid-week service, Fr. Mbaka said that Peter Obi was a “stingy man” who couldn’t be Nigeria’s president. He said he was also “cursed.”

Soon after that, the Catholic Diocese of Enugu broke ties with Mbaka and what he had said. The Diocese said that Mbaka’s attack on Obi was against Canon 220 of the 1983 Code of the Canon Law, which said that it was illegal to hurt someone’s good name without a good reason.

In a letter that Bishop Onaga signed and sent to “All the Clery, Religious, and Lay Faithful in the Catholic Diocese of Enugu,” he told them that they couldn’t be involved with the Adoration Ministry in any way.

The Bishop says that Mbaka has ignored the Church’s repeated requests that he stop saying things that go against the church’s policies.

“To All the Clergy, Religious, and Lay Faithful in the Catholic Diocese of Enugu” is written on the letter.

In light of what has been going on in the Catholic Adoration Ministry Chaplaincy in Enugu, which has the potential to undermine the Catholic faith and teachings, and after giving the Chaplain of the Ministry, Fr. Camillus Ejike Mbaka, several corrections and warnings, as well as pastoral directives and guidelines for the Ministry Chaplaincy, which he has repeatedly broken,

SEE ALSO:  President Buhari tells the Prime Minister of the United Kingdom what he thinks about running for a third term

As the Chief Shepherd of the Enugu Diocese, it’s my job to promote and protect the Catholic faith and morals, so I’m telling all Catholics (clergy, religious, and lay faithful) that they can’t attend any religious or liturgical events of the Catholic Adoration Ministry until the canonical process started by the Diocese is finished.

My decision is based on the fact that some of what Fr. Camillus Ejike Mbaka says and teaches at the Catholic Adoration Ministry is not in line with what the Catholic Church teaches and believes.

I ask all Christians to keep praying for Fr. Mbaka and the Catholic Diocese of Enugu, and I give them both to the care and protection of the Blessed Virgin Mary, Queen of the Apostles.” 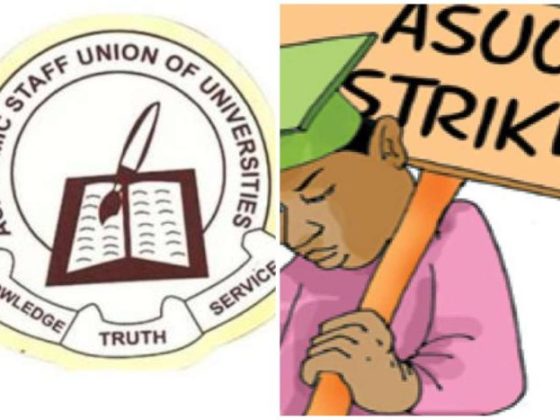 ASUU tells the Federal Government, “We’re not beggars, and hunger won’t make us go back to work

You Really Belong to No One and Everyone – Tinubu Tells Buhari