Asiwaju Ahmed Bola Tinubu, the presidential candidate for the All Progressives Congress (APC) in 2023, called President Muhammadu Buhari a “true leader, brother, and friend” who showed a “sense of purpose, composure, and maturity” in the weeks leading up to the ruling party’s Special Convention.

Tinubu thanked President Buhari for his congratulatory letter, which he personally signed, in a letter to the President. He also said that while all the candidates expected him to “choose” his successor, he just gave them all an equal chance.

“You were a part of everyone in the party, but you were not a part of any of the candidates for the party.”

The former governor of Lagos State congratulated the President on the success of the Convention and promised to run a campaign based on issues leading up to the general elections in 2023.

This was said in a statement by Femi Adesina, who is the President’s Special Assistant for Media and Publicity. He made the statement on Saturday.

Here is what Tinubu wrote to Buhari:

I send you warm greetings and congrats on the successful end of the special Presidential Convention of our great party, the All Progressives Congress (APC).

Your Excellency, it’s hard not to be impressed by how focused, calm, and grown up you were in the weeks and months before our great party’s primary elections. As candidates and party leaders, we all asked you to “pick” your next president.

This makes sense, especially in a democracy like Africa’s. Up until the APC Presidential primaries on June 6, 2022, the whole country of Nigeria, including myself, was waiting for you to say who your favorite candidate was. We all thought that this was a very easy thing to do.

But it wasn’t until the primary went late into the night and the candidates took the stage and spoke that I realized how important it was for you to be neutral and not support any of us. As the first person to talk, I also had the chance to listen to what the other candidates had to say without being interrupted.

As that evening went on, it became clear to me that all of us were your top choices. As you said in your letter to me, the “spirit” of 2013 and 2014, when we built APC, was clear for everyone to see.

To end, I want to thank you again for being there for all of us. By God’s grace and with your leadership, direction, and help, I’m sure we’ll lead our great party, the APC, to victory in the general elections in February 2023. We’ll get ahead by building on your successes. We’ll build on the foundations of honesty and openness you’ve set up.” 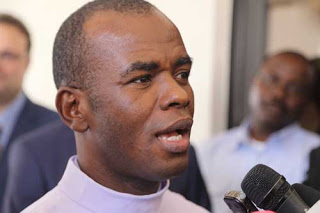